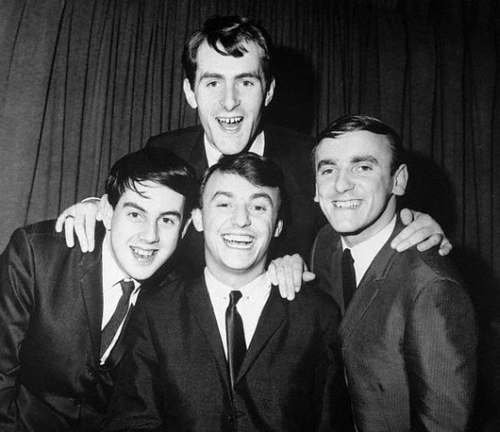 01 May 1964, Manhattan, New York, New York, USA — Gerry And The Pacemakers Arrive In New York. Gerry and the Pacemakers, one of England’s most popular vocal groups, are shown on their arrival in New York for television and personal appearances prior to making their first film. The picture, to be made in England, will be released by United Artists, the same company which will distribute the Beatles’ first movie. The Pacemakers will be seen on the Ed Sullivan Show May 3 and May 10. — Image by © Bettmann/CORBIS